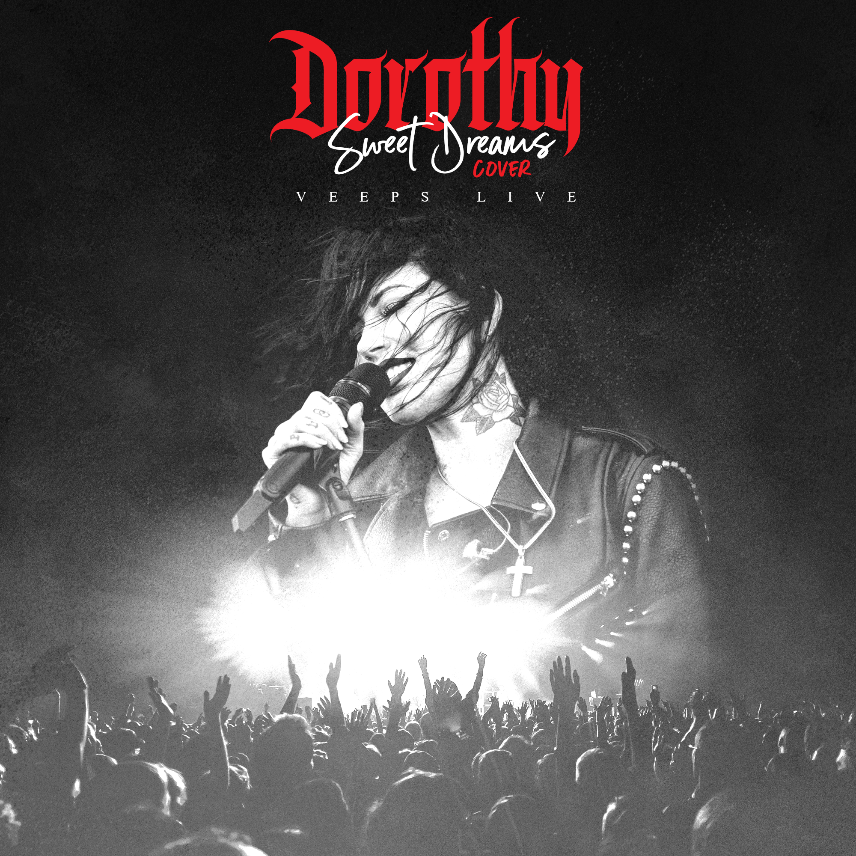 AHEAD OF EURTHYMICS INDUCTION INTO

THE ROCK & ROLL HALL OF FAME ON NOVEMBER 5th

Los Angeles, CA:  On October 28th Dorothy will release a live cover of “Sweet Dreams,” the classic megahit from the Eurythmics, in honor of the band’s forthcoming induction into the Rock & Roll Hall Of Fame in Los Angeles on November 5th.

Dorothy performed “Sweet Dreams” on the road throughout her past two tours and recorded it live at the House Of Blues in Chicago on April 30th, as part of her Gifts From the Holy Ghost Tour. The cover came about when “Eliot Lorango was messing around with the bass riff during the band’s rehearsal,” said Dorothy. “We were initially working on another song but for whatever reason it just wasn’t coming together.  When Eliot played the riff, I started singing ‘Sweet Dreams’ and something magical happened.”

“Annie Lennox has one of my favorite voices,” continues Dorothy.  “It’s so powerful and so full of soul.  Her rawness, beauty and style has been a huge inspiration for me.”  “Sweet Dreams” follows the recent release of Dorothy’s video for the single “Black Sheep” which premiered on MTV LIVE, MTVU and MTV Biggest Pop and is currently Top 40 on Active Rock Radio, Mediabase & Active Rock charts.

In other news, Dorothy recently finished the “California Dreamin’ Tour” with headliner Dirty Honey and as well as festival and solo dates in support of her new album Rest In Peace that was released on Roc Nation on April 22, 2022.  Dorothy’s digital and chart activity is growing at rapid speed, with over 1 million monthly Spotify listeners, 1 billion streams in all time global coverage and upcoming December radio and California performance dates to be announced soon!

Gifts From The Holy Ghost, Dorothy Martin’s third studio album as frontwoman for the pseudonymous, rock band Dorothy, is the album she’s always wanted, and has perhaps been destined to make. Born from a sense of divine, spiritual urgency, its Dorothy’s most bombastic and victoriously rock and roll work yet. While the band’s first, irreverently named album ROCKISDEAD, was made on a combination of whiskey and heartbreak—inspiring Rolling Stone to name them one of rock’s most exciting new acts, and JAY-Z to sign them to his label Roc Nation—Gifts was built on sobriety, health and spiritualism, in a way that reverses the clichéd ‘good girl gone bad narrative’. Balanced on a great rock and roll spectrum, encompassing everything from swampy blues to ‘90s alternative, on Gifts, Dorothy has fulfilled her purpose as an artist, entertainer and spiritual being. She’s conquered darkness with light, numbness with feeling, disharmony with unity—all while delivering one of this year’s most fun rock and roll records.