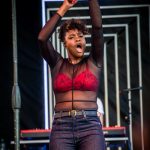 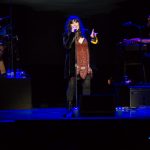 When Ann Wilson took the stage at the Avalon Ballroom at Fallsview Casino, the crowd did not know what to expect. A night of Heart music, perhaps? Well, after the first three songs it was clear this would not be a Heart concert. Starting the night … END_OF_DOCUMENT_TOKEN_TO_BE_REPLACED

The University at Buffalo Center for the Arts was the venue last Thursday, Lyle Lovett and Shawn Colvin were the artists. A single spotlight lit the stage, two chairs stood with four guitars along with Lyle Lovett's usual cup of hot tea. The buzz in … END_OF_DOCUMENT_TOKEN_TO_BE_REPLACED 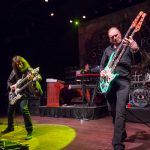 Buffalo native Billy Sheehan's latest project, Sons of Apollo, played the Town Ballroom last Friday and it was a grand homecoming.  Sheehan's connection with his hometown is a strong one. The packed house was a testament to his success. Years of … END_OF_DOCUMENT_TOKEN_TO_BE_REPLACED 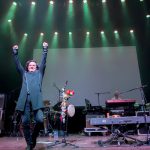 Marillion is one of those bands that should be much more popular than they are. Formed in the late 1970's, Marilion and counterparts Yes, Genesis, and other European progressive bands grew a sound that became wildly popular and that popularity has … END_OF_DOCUMENT_TOKEN_TO_BE_REPLACED