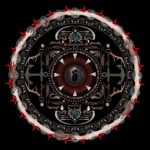 What can you possibly do to follow up the biggest record of your career? That was the daunting task facing Shinedown after their hugely successful “The Sound of Madness” record. Many bands have struggled after such a success and I will admit to … END_OF_DOCUMENT_TOKEN_TO_BE_REPLACED 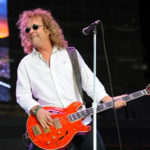 With a career spanning over three decades, there isn't much in the music industry that Jack Blades hasn't accomplished. Although he is best known for his role as the frontman in Night Ranger and the supergroup Damn Yankees, Jack is also a … END_OF_DOCUMENT_TOKEN_TO_BE_REPLACED 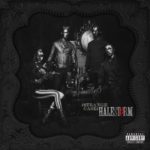 After a highly successful debut album and numerous tours, Halestorm is about to release their second full length album, "The Strange Case Of..." The new record is a dichotomy, showcasing two very different sides of Halestorm and of lead vocalist … END_OF_DOCUMENT_TOKEN_TO_BE_REPLACED 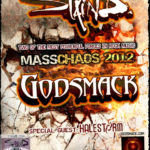 Enjoy a transcript interview with Sully Erna of Godsmack, Mike Mushok of Staind, and Lzzy Hale of Halestorm to talk about the upcoming Mass Chaos Tour. The interview was conducted by various journalists throughout the United States including our … END_OF_DOCUMENT_TOKEN_TO_BE_REPLACED 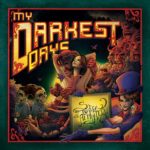