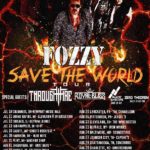 Powerhouse rock 'n' roll band FOZZY announces rescheduled Save The World Tour starting July 10th in Columbus, OH and ending on September 5th in Orlando, FL. Due to the growing concerns of the coronavirus (COVID-19) pandemic and willingness to comply … END_OF_DOCUMENT_TOKEN_TO_BE_REPLACED 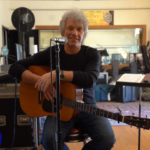 Rock and Roll Hall of Famer Jon Bon Jovi spent much of last week helping to feed those in need at his JBJ Soul Kitchen Community Restaurant in Red Bank, NJ. Jon was seen washing dishes, which was captured in the photo below, and it was posted with … END_OF_DOCUMENT_TOKEN_TO_BE_REPLACED 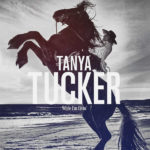 NASHVILLE, Tenn. (March 23, 2020) – Tanya Tucker and CMT today announced rescheduled tour dates for the Spring leg of the 2020 “CMT Next Women of Country: Bring My Flowers Now Tour” to later in the year. The news was announced this morning by … END_OF_DOCUMENT_TOKEN_TO_BE_REPLACED 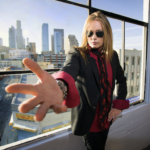 Acclaimed vocal powerhouse SEBASTIAN BACH has announced the newly rescheduled dates for the 2nd leg of his highly anticipated 30TH ANNIVERSARY TOUR celebrating the album “SKID ROW,” which was originally set to start later this month. Today, BACH has … END_OF_DOCUMENT_TOKEN_TO_BE_REPLACED 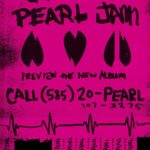