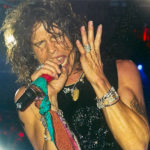 CONGRATULATIONS TO JENNIFER FORD FOR WINNING THE STEVEN TYLER BOOK!   You want a piece of one of the greatest front man in rock history? Well, we can get you that piece right here on Backstageaxxess.com. You can win Steven Tyler of Aerosmith's new … END_OF_DOCUMENT_TOKEN_TO_BE_REPLACED 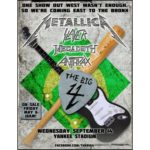 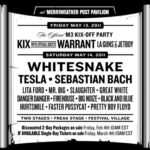 CONGRATULATIONS TO ANGELA LEE CARR FOR WINING THE M3 TICKETS!!   We at Backstageaxxess.com are giving away 2 general admission tickets to the 2011 M3 Festival at the Merriweather Post Pavilion in Columbia Maryland on May 13 & 14. All you have to … END_OF_DOCUMENT_TOKEN_TO_BE_REPLACED 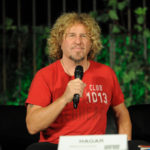 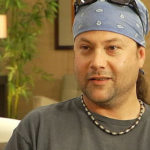 Mike Starr's demons tragically caught up with him.   The original bassist for Alice in Chains was found dead Tuesday in Utah. He was 44. Cause of death has not yet been released.   Starr, who battled drug addiction, appeared on the third season … END_OF_DOCUMENT_TOKEN_TO_BE_REPLACED