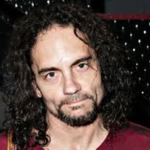 According to news sources, the former drummer of US thrash metal band Megadeth, Nick Menza, has died after collapsing on stage.    The 51-year-old is thought to have suffered a heart attack while he performed on stage with his band at a Los Angeles … END_OF_DOCUMENT_TOKEN_TO_BE_REPLACED

Grammy-nominated rockers Skillet will release Unleashed, their new studio album and follow up to their 2013 release Rise, which bowed at #4 on the Billboard Top 200 Album Chart.  The 12-track album, a year in the making, is currently available … END_OF_DOCUMENT_TOKEN_TO_BE_REPLACED 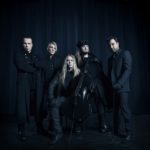 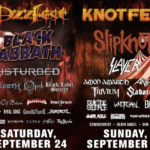 Ozzfest Meets Knotfest...the ultimate meeting of metal minds...a double-header music and lifestyle weekend like no other on the planet. This merger of two of the most well-known and established brands in rock — Ozzfest, celebrating its 20th … END_OF_DOCUMENT_TOKEN_TO_BE_REPLACED 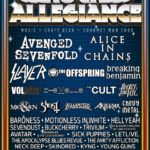 Monster Energy Rock Allegiance will return to Talen Energy Stadium (formerly PPL Park) in Chester, Pennsylvania, just outside Philadelphia, on September 17 and 18. The festival has also announced a lineup of over 35 bands on three stages: … END_OF_DOCUMENT_TOKEN_TO_BE_REPLACED