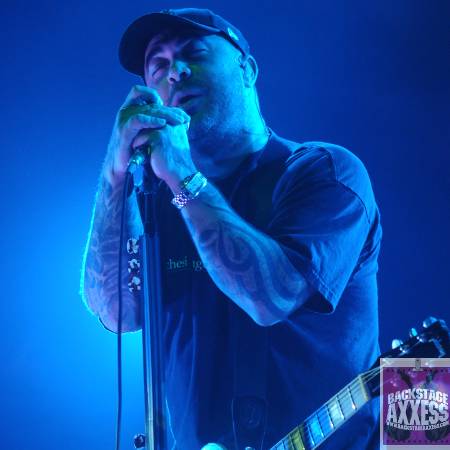 The Events Center at the Seneca Niagara Casino, in Niagara Falls, New York, played host to Staind on Friday, May 1st. Staind took the stage strong with “Suffocate” and instantly had the crowded venue ready to rock. After that, fans mellowed out for a while and high expectations of a great performance were not readily met. There was no opening act and both the band and the briefly captivated audience had apparently needed one. “Falling” did just that, when it came to energy.

Musically, the band remained solid, but besides guitarist Mike Mushok, Staind lacked enthusiasm. Mushok came out rockin’ and didn’t stop until he left the stage. Aaron Lewis appeared to be just going through the motions until he went acoustic, beginning with a brief Pink Floyd-ish riff and leading up to “For You.” That’s when the warm up act really became the headliner. Lewis got into it and the show went from OK to awesome in one felt strum!

From then on, the audience remained standing and singing along. During “Outside,” Lewis paused to listen to the fans belt out his lyrics. The encore was highlighted with an acoustic version of “Mud Shovel.” Very acoustic! Arron Lewis did not even use a microphone. He was the only one on the stage, got personal with the fans, and whaled out the lyrics with great passion. His vocal projection was nothing short of amazing.

Blow Away
Outside
Spleen
It’s Been Awhile
Mud Shovel 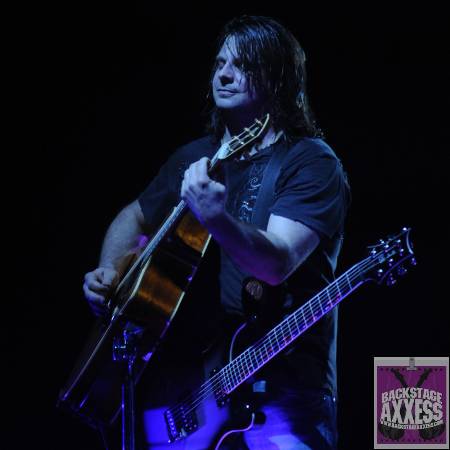