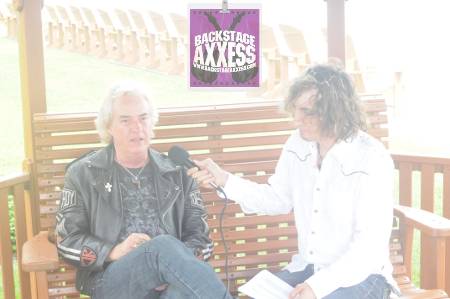 Current Paul Rodgers/Bad Company guitarist, Howard Leese, just released his first solo album called ‘Secret Weapon’ on Frontier Records. You may know Howard as Hearts former longtime guitarist. Howard is ecstatic with his solo CD and tells us here at Backstageaxxess.com how the CD came together. We also talked about his past work with Heart and his current relationship with the first ladies of rock, Ann and Nancy Wilson. Howard also dives into his thoughts about the Rock and Roll Hall of Fame and how he found his way into working with another iconic voice, Paul Rodgers. The interview was conducted with one of the Finger Lakes in front of us, so it was a very relaxing atmosphere to talk with one of rock’s steadiest axemen. Here’s what Howard had to say:

We would like to thank another outlet, Ross Catalino of WNY Nightlife, for setting up the interview with Howard. You can check out a recent interview with Bad Company front man Paul Rodgers that Ross conducted here: http://www.bestofwny.com/nightlife/rosscat/badcompany2009.html. For more information on Howard, go to: http://howardleese.com/.