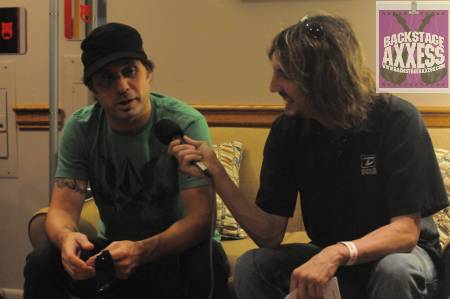 When talking about the most respected and true metal bands out there, the band that always comes up, more often than not, is Slayer. Well, Backstageaxxess.com sat down with the backbone of this legendary band, Dave Lombardo. Dave, who is an original member (he did leave twice but came back both times), talked about everything from his relationship with his band mates to his acknowledgment of being called the Godfather of the double bass drum style. We also talked about the much anticipated ‘World Painted Blood’ which has been delayed and is set to be released in September. Let’s hear what this monster basher has to say.

We would like to thank Julie Arkenstone from Slayers publicity for setting up the interview. For more information on Slayer, you can go to: www.slayer.net