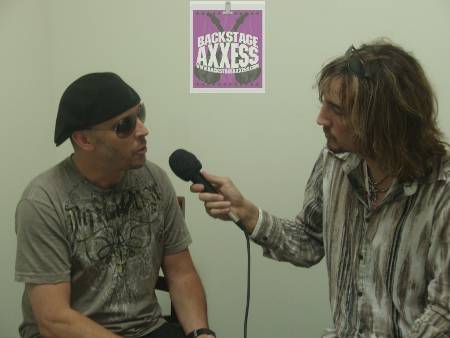 When talking about the most precise drummers out there, lots of names come up, such as Neil Pert, Mike Portnoy, Stewart Copeland. Another name that must be thrown into the conversation is Queensryches Scott Rockenfield. Scott is a true musician and all around nice guy. He was willing to step in for band mate Geoff Tate, at the last minute, after Geoff was delayed in getting back to the venue for our scheduled interview. Scott talked about how American Soldier came to light. We also touched upon his long relationship with his band mates in Queensryche. In addition, we chatted about what fans can expect from the band going into 2010. Lets get rocking to it…

We would like to thank Jeff Albright from Albright Entertainmemnt Group for allowing Axxess into the Queensryche world. For more information on the band, you can go to: www.queensryche.com