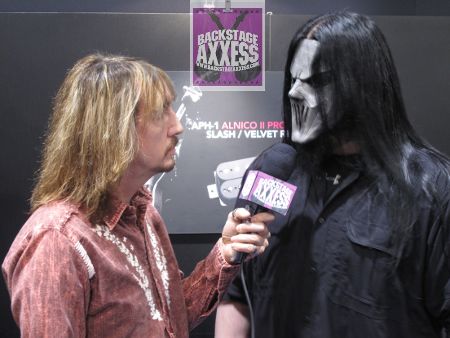 It was a treat to interview guitarist Mick Thomson, or just “Seven” to fans of the band Slipknot. After his signing that took place at Seymour Duncan, we chatted about his working relationship with the guitar pickup giant. We also dove into how Slipknot became this spectacle of a band to see live. Mick even gave us a hint of what to expect in 2010. Let’s see what the man behind the mask had to say.