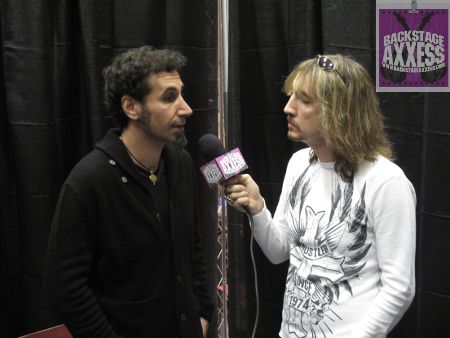 While System of a Down is on temporary hiatus, lead singer Serj Tankian has been busy with a slew of projects. One of those projects was introducing his new signature acoustic guitar, through Taylor guitars, at NAMM 2010. After his press conference, we sat down with him for a rare interview. We chatted about how the guitar was developed, his upcoming solo album and tour, and when System of a Down will see the light of day again. Lets see what Serj had to say.