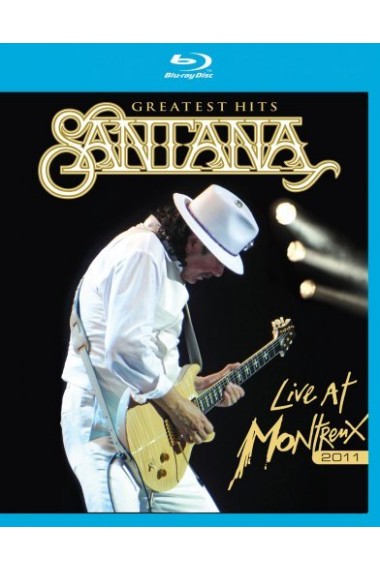 Carlos Santana may have the most resurrections of any Woodstock era musicians. One of the reasons he is able to stay relevant is his unique ability to integrate current musical trends along with his classis sound. This is evident on his latest release, a DVD entitled “Santana: Live at Montreux 2011.”

I fully expected Carlos and company to deliver a good performance but at first I was a bit disappointed because he was slow to get out of the gate and by the time he performed a rap version of AC/DC’s “Back in Black,” I was scratching my head and almost ready to bail out.

It’s a good thing I didn’t because from the fifth cut “Black Magic Woman” to the final encore of the 23 song set the show was nothing short of breathtaking. And while his versions of FM rock radio staples “Black Magic Woman,” and “Oye Como Va,” were definitive, they didn’t represent the best of the show.

By the time I finished the second disc of the two DVD set I was shaking my head in disbelief at what an incredible performance the band put on. Santana has pieced together some incredible ensembles, including the core of the early lineup of Journey, but this may be the best band he has ever performed with on any stage or at any stage of his career.

When you are done with the second disc you realize that the reason they released the entire concert and not an abbreviated version, is that this was an amazing performance meant to be consumed in its entirety in one sitting.

This is a disc would not just recommend for fans of Santana, it will be an excellent addition to any music collection.