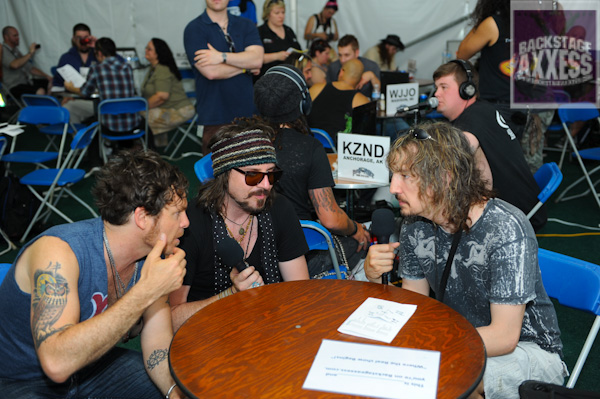 A band that everyone seems to be talking about lately is band from Los Angeles, California called Rival Sons. This hard rock, blues-based quartet graced the stage at this year’s Rock on the Range Festival in Columbus, Ohio.

A great and cool new band on BackstageAxxess.com, let’s share a moment with Rival Sons…

We would like to thank Mike and Scott for taking the time to talk to us at BackstageAxxess.com. For more information on Rivals Sons, please go to: Rival Sons.