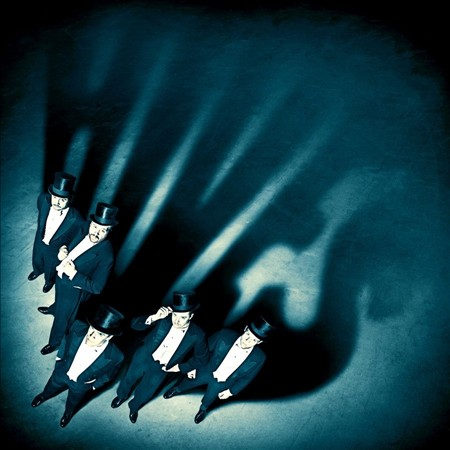 Sometimes, less is more. Never has this been more true than in the case of the Swedish punk band, The Hives. Since their arrival on the garage rock scene in the late nineties, The Hives have focused on simple, catchy rhythms and repetitive lyrics. Their latest release, “Lex Hives,” sticks to that successful formula.

It has been almost five years since their last full length record and The Hives waste no time getting back into their groove. The album kicks off with the short track, “Come On!” which clocks in at just over a minute. Lead vocalist Howlin’ Pelle Almqvist shouts the title and only lyric over and over again. It’s simple and basic but it works , setting a frenzied pace that continues throughout the record. Borrowing the main riff from E.L.O.’s “Don’t Bring Me Down,” the band rips into the first single, “Go Right Ahead,” which showcases Pelle and all his Mick Jagger style swagger.

Backed by the frenetic rhythm section of Chris Dangerous on drums and Dr. Matt Destruction on bass, The Hives tear through the rest of the tracks at lightning speed. The crisp guitars of Nicholaus Arson and Vigilante Carlstroem drive the band through “I Want More” and “Wait A Minute.” Other standouts are “Patrolling Days” which sounds as if it could have been on their big 2000 release, “Veni, Vidi, Vicious” and the bluesy “Without The Money.” The bonus version of the CD includes two additional tracks, both produced by Josh Homme of Queens of the Stone Age.

“Lex Hives” is loud, fast and full of energy, taking you from zero to sixty in ten seconds or less. The formula is a simple one. Combine raw energy with basic melodies, shout out loud lyrics and a lot of attitude, and you’ll end up with a terrific punkrock album which is exactly what The Hives’ have done.