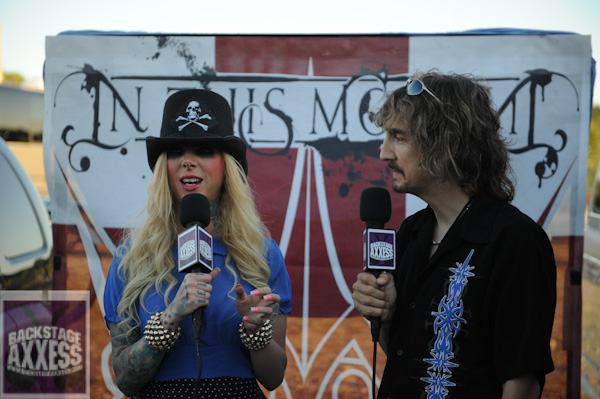 During this year’s summer Uproar Festival, BackstageAxxess had a chance to talk to the lovely and talented Maria Brink of In This Moment. In This Moment’s fourth studio effort called “Blood” was released on August 14, 2012, and debuted at number one on the hard rock charts.

In our interview, we talked about the success of “Blood” and how the band persevered through internal changes during the making of this record. In addition, we talked about Maria being portrayed as a sex symbol in the metal community and she also shared some funny stories from the 2012 Uproar Tour. Enjoy this candid backstage interview with the powerful voice of In This Moment, Maria Brink!

We would like to thank Carise Yatter of Hired Gun media for setting up the interview with Maria. For more information on Maria, the new album “Blood” or just In This Moment in general, please go to: In This Moment.