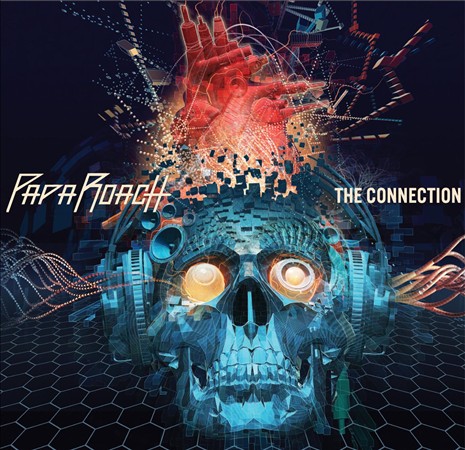 With the recent release of their sixth studio album, “The Connection,” Papa Roach proves they are still swinging and in fact are hitting it out of the park. The new album is infectious and full of energy with heavy riffs, catchy hooks, huge choruses, and thoughtful lyrics. Produced by veterans James Michael and John Feldmann, “The Connection” is an interesting mix of rap, rock, and even a little electronica, yet still uniquely Papa Roach.

The record opens with an intro and some new electronic sounds leading into the first single, “Still Swingin.” Led by larger than life frontman Jacoby Shaddix, “Still Swingin” is a monster tune. Starting off with a little old school rap from the “Infest” days, it quickly builds and swells to a huge, anthemic chorus. This is what Papa Roach does and they do it very well. This style continues on “Not That Beautiful” and “Won’t Let Up” which reminds me of their earlier hit “Broken Home.” On “Silence Is The Enemy” and “Before I Die” they experiment a bit with electronica but it is understated and enhances, not detracts from, the songs. Fans of the heavier Papa Roach need not worry either. Jerry Horton’s guitar screams on the heavier tracks like “Where Did The Angels Go” and “Give Me Back My Life” accompanied by the pounding rhythm section of Tobin Esperance on bass and Tony Palermo on drums.

Shaddix has never been afraid to show his emotions and “The Connection” contains some very powerful lyrics. Drawing on his own personal struggles with substance abuse and his own suicide attempt during the recording of this album, Jacoby shares his pain in a way that he never has before. He chooses however to end the record on an uplifiting note on the closing track “As Far As I Remember” which starts out slow but ends with a bang.

“The Connection” is one powerhouse of a record. It’s explosive, energetic, and full of emotion. Jacoby sums it up very well in the lyrics to “Still Swingin” when he screams “Nonstop, devastating everything. On top, never coming down!” That in a nutshell is Papa Roach. They’re back and they’re as badass as ever.