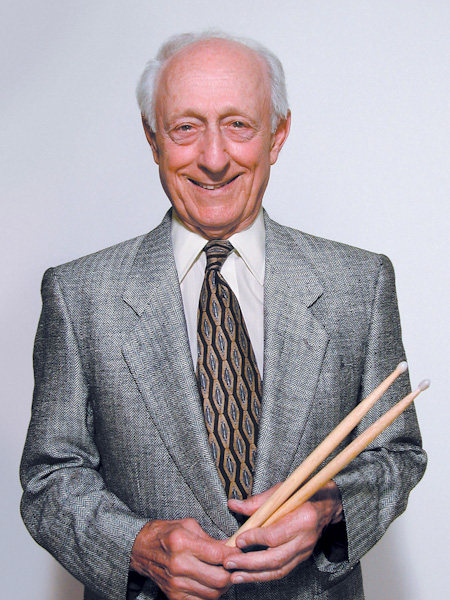 Not only is the name Joe Calato recognizable in the Western New York area, but worldwide! Joe is the founder of Regal Tip drumsticks and brushes. He revolutionized the way drumsticks are made. Who invented the nylon tip on the end of the stick? Yes, that was Joe’s idea. Retractable-handle brushes? Yup, that was Joe too. Besides these and other numerous patents, Joe remains a vibrant part of the business to date. He is currently working on a new way of manufacturing drumsticks. Suffice it to say that Joe remains busy.

Recently, BackstageAxxess had an opportunity to venture into the offices of Regal Tip to get a behind the scenes look at one of the world’s biggest drumstick and brush manufacturers. Jay Medynski, who is the artist relations representative at Regal Tip, took us on a behind the scenes look at the company. We were also introduced to daughters Carol (President) and Cathy (Vice President). Carol also accompanied us on the tour, filling us in on the history of Regal Tip.

In the accompanying video, you will see what goes into the making of a Regal Tip drumstick. We also did a Q&A with Joe and talked about how he broke into the drumstick business. Who was Regal Tip’s first endorsement deal? You will find out here. Enjoy this rare look at Real Tip!

Gus: Tell us how you decided to start the company and get into the making of drumsticks.

Joe: I was playing drums five nights a week back in the 50’s. At that time, you could only buy wood tip sticks and the tips were chipping and breaking. Although I had a day gig making cabinets, I was also raising a young family and didn’t have a lot of money. So I decided to try to come up with a way to make my sticks last longer. I went into my cabinet shop and cut a tip out of the butt end of a plastic screw driver, shaped down the front end of a pair of drums sticks and applied the plastic tip, thinking that this tip would last a lot longer than my wood tip sticks. Well, first try definitely did not work. They liked the sound but the tip came off. Then I called a chemist friend of mine and told him what I was trying to do and he suggested that I try nylon. So, I cut a tip out of nylon and liked the sound I got out of the cymbal. Next, I had to figure out how to keep the tip on…and I did…just can’t share that with you.

Gus: How did you come up with the name Regal Tip?

Joe: I originally had no intention of starting a drumstick business, I just wanted to make some sticks for myself. But drummers in the area saw my sticks and started asking me if I would make some for them. My wife and I thought about it and decided to go for it. Since we were broke at the time, we had little to lose. So one night we sat around the kitchen table trying to come up with a name and we liked Regal Tip because it sounded first class and highlighted the tip on the stick, which is what made us stand apart. By the way, not only was Regal Tip different because of the tip, but I also inspected, weighed and paired the sticks. I believe I was the first drumstick manufacturer to make these improvements to the sticks on the market.

Gus: You not only got into the making to plastic tips on the drumsticks but brushes as well. Tell us about that.

Joe: I’m a brush player and I wasn’t satisfied with the quality of brushes on the market. The materials were inferior, the brushes rattled, and the bristles fell out. So I started to come up with ways to improve drum brushes. The first brush I put on the market was our Hickory Handle brush, which I made from the same dowels I was using to make drumsticks. I used a coated steel wire and crimped the wire bristles so that they would stay in. Eventually, we designed Regal Tip’s best-selling “Classic” retractable brush and I got a patent on that design. Once again, we used the best materials available for this brush and we still do. While other manufacturers have moved to plastic sleeves, we continue to use pure gum rubber sleeves, which feel better and last longer. And I designed our retractable brushes so that metal would not hit metal; no more rattling. Also, we designed the brush so that it would have two points of spread, one narrow and one wide.

Gus: You have a background in engineering correct? But reading your bio, you enlisted around the time of WWII in the Air Force? Tell us about both.

Joe: After high school graduation I went to the University of Buffalo. I either wanted to be a veterinarian or an engineer and eventually majored in aeronautical engineering. But after my first year, the U.S. entered World War II and I enlisted in the army air corps and went to Cadet school to become an officer. I wanted to be a pilot, but I was too short! So I studied to become a navigator and it turned out to be the perfect place for me. I loved navigation. I was able to use both my math and engineering skills and found it fascinating. We didn’t have GPS, of course. I studied the Loran System, “dead reckoning”, celestial navigation. Shortly after graduation from Cadet school I was assigned to the 8th Air Force, flying missions out of England.

Gus: You also started a distribution company called Direct Music Supply. Can you tell us about that?

Joe: Back in the 80’s we decided that our company needed to diversify, something different from manufacturing but still within the music industry. We’re a family and company of percussionists and thought that we should stay within the area of our expertise. So, we opened a Direct Music Supply (DMS), a percussion distribution company in Niagara Falls, Ontario. The company started very small, with Regal Tip as our main line, of course. But then we began carrying cymbals, heads, drums and percussion accessories and we grew into Canada’s leading percussion distributor. Then we began to expand in the States, concentrating at first on the northeast. We have a warehouse on the U.S side of the border now. DMS continues to succeed and grow and we carry a full line of percussion now including Remo, DW, Balter, etc., etc.

Gus: Your 91 years young. You have come out with numerous patents over your career. Tell us about them.

Joe: My first patent was Regal Tip’s telescoping brush, the “Classic”. That has probably been our most successful patent and that brush continues to be the best-selling brush in the world. We’ve also patented a synthetic head for mallets, which is a big bonus for marching bands in various weather conditions. We’ve patented a dual spring action bass drum pedal. Most recently, we patented a new nylon tip, called the E-Series. This patent grew out of my desire to come up with a nylon tip the sounded like wood on the cymbals. So now those drummers that prefer a wood tip sound can also get the durability of nylon. The E-series tip is available on several standard models and most recently on a line of sticks designed for extreme metal. Whoever would have thought that a 90 year old would be designing for extreme metal. Ha!

Gus: It’s amazing that you still remain a vibrant part of the business, still working in research & design. We hear that your currently working on a new stick?

Joe: Yes, that’s true. I’m working on something that could revolutionize the way sticks are manufactured. I just can’t tell you anything about it right now.

Gus: Why did you decide to stay in Niagara Falls, NY, and not move to a bigger or fancier location?

Joe: I grew up here and my family is here. Not only do I enjoy having my immediate family around me, but I also like being around my cousins. The Calato family loves to share good times together. By the way, there are plenty of drummers in the Calato family… my father, my uncle, my son, grandson, and nephew. It’s in our blood.

Gus: Who’s the first artist you signed to an endorsement deal?

Joe: Jake Hanna’s was the first name that we put on a Regal Tip drumstick. I met Jake while he was touring with the Woody Herman band. He loved the stick and we designed a model for him, which, by the way, is still on the market. Jake was one of the best drummers ever. That cat could swing.

Gus: What’s your most cherished memory working with any artist?

Joe: Wow! That’s a tough question. I got to know most of the active playing drummers of the day and became very good friends with so many of them. Also, I became good friends with many customers. I have lots of cherished memories.

Gus: What type of music or artist do you like listening too?

Joe: More than anything, I listen to big bands and jazz. Also, Rock and some of the classics. Really, most music that is played well is good music. But I played swing more than anything.

Gus: What type of advice do you have for young players starting out?

Joe: Keep going to school, get a degree in something, put your degree in your pocket and then go take a shot at making a career as a musician. That education is invaluable and will help you in whatever career you decide to follow.

Gus: We appreciate you taking the time to talk with us. 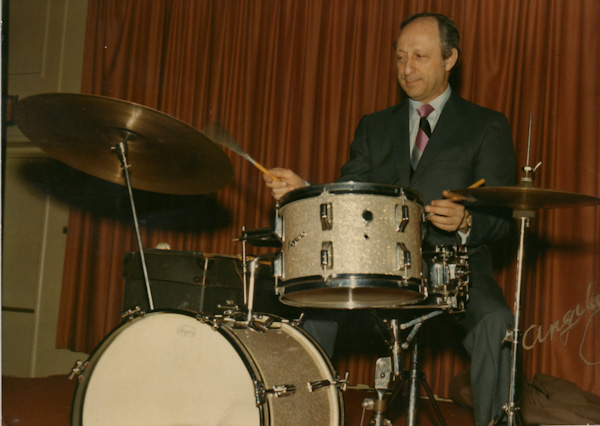 We would like to thank Jay Medynski Carol Calato and the rest of the Regal Tip staff for allowing Backstageaxxess in their offices. For more information on anything Regal Tip, please go to: Regal Tip Drumsticks and Brushes.