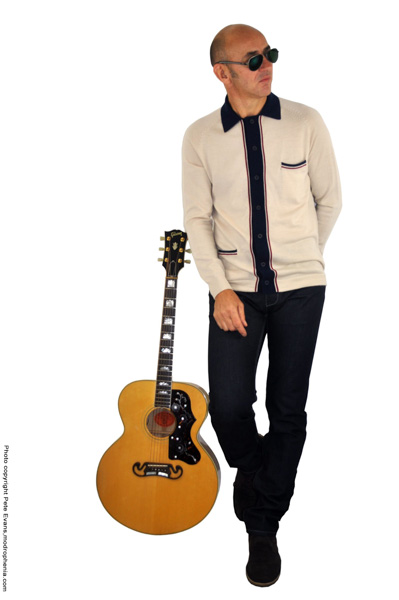 Fresh off the heels of his seventh studio release, “Looking Out Looking In,” a tour with the classic rock group The Who, and a solo tour of his own, singer/songwriter Simon Townshend has had a busy year. Simon was kind enough to check in with us and talk about the new record as well as his musical beginnings and future plans. Let’s see what the “other” Townshend has to say…

KE: Simon, you come from not only a talented, but also a musically diverse family. What were some of your earliest memories of music growing up?

ST: My brother being on television and smashing gear up on stage. I really thought he was going to die at times. Bear in mind I’m 15 years younger than he, so at the early Who shows I was barely out of my nappies. My Father was a superb reed player, saxophone and clarinet. He used to have all his musical friends around playing traditional jazz in our music room. My mother would sing along too. She was a professional singer when she was younger. Music was everywhere in our lives. I used to perform my new songs to all their friends on a regular basis. They were always keen to gather ’round and listen. In return, I would make a buffet. Was a good deal.

KE: When did you know that music was what you wanted to do?

ST: I always knew. I would lay in bed listening to Radio Luxembourg when I should have been sleeping. I would creep out of bed in the middle of the night to play piano. That was very difficult to do without waking someone up but I found it irresistible. All I ever wanted was musical instruments and tape machines, microphones, harmonicas and eventually at age 8, guitars. Guitar is an easy instrument to play so was the perfect song writing tool. My father used to push me telling me to write, write, write. He could see I had a gift and he didn’t want me to be a musician like he was but more an artist like my successful older brother. I think dad had it quite hard, lots of years touring and playing the smoky clubs. He wanted better for me. I have a lot to thank him for.

KE: Aside from your family, who were some of your early musical influences?

KE: You have a new record out “Looking Out Looking In.” There are some terrific songs on it like “Bed of Roses” and “Making Waves.” Can you give us a little insight into your writing process?

ST: I allowed myself to be free on this CD more than I’ve ever done before. I took on an attitude of, I don’t give a damn what people think, this one’s for me. I guess that has been what has made it so accessible and identifiable. I’ve given myself to the product. In the past, I think I spent too long worrying about what others may think. Took away the danger perhaps. On this CD I am exposed, naked. Right here, right now I am doing what I love. Not for money or fame but because I am driven. I am passionate about music and song writing.

KE: You also produced the new record. Do you enjoy the production aspect?

ST: On previous records I lacked a little self belief. I didn’t trust my own judgment – my ears, if you like. This time around I took control and threw myself in the deep end. Having produced a couple of tracks for The Who in 2004, I guess my confidence grew and I recognized my ability. It’s not to say that I will produce all my future albums as it is also great to work with other people that you trust in the studio. In fact, my next album is more of a collaboration due out in the fall of 2013.

KE: You’ll be doing some solo acoustic shows. Can you tell us what people can expect to see?

ST: I only perform my own material at my shows. I have never really done covers, although in the UK this year I played The Who’s “Going Mobile” and “Dirty Jobs.” That was a first for me. Years ago I used to do a Genesis, Clash and Pearl Jam cover, not frequently though. I have too many good songs of my own and never a long enough set to play them all. I like to mix things up instrumentally live, play some 6 string acoustic, 12 string and Mandolin. I am close to introducing a nylon strung classical guitar into my repertoire, too. I think at an acoustic show the audience can get bored of the same sound continuously, so mixing it up is a good thing.

KE: Do you prefer the smaller shows after the mega tours with the Who?

ST: I am so happy to be in the rare position of being able to do both. One night I’m on a big stage in a huge arena singing lead vocals with The Who (Dirty Jobs) up on the big screen, the next I’m in a small hot club with the audience in my face. I think all artists like to play clubs because of the interaction with the audience but when there’s 20,000 people out there hanging on every note you play, the pressure is immense. It feels great to stand up and show how much strength and power you have. That’s show business, putting oneself under the spotlight.

KE: With your solo career and the Who tour schedule, how do you fit it all in?

ST: The Who have plenty of days off and we fly in a private jet which means I get where I need to be quickly. However, if my solo shows are in cities that the band are leaving then I will have a long days traveling on a lesser form of transport to catch up with them for the next show. I enjoy what I do and the hard work keeps me focused and young at heart. I look at it this way…one day the work may not be there, grab it while you can and have fun.

KE: Your son Ben plays drums on the new record and of course you have worked with your brother Pete. Is it easier or more difficult to work with family?

ST: In family you have instant empathy. Ben’s drumming was fantastic on my CD but I didn’t ever need to ask him for any particular style or approach, he just did the right thing because he knew what I wanted. It’s the same for Pete with me. He knows that I am only going to enhance what he does but never get in his way. I understand his music and his show in a deep way and therefore he doesn’t need to ask too much of me. I just do the right thing.

KE: Of course your brother is a rock and roll icon. Has it been difficult to establish your own musical identity?

ST: It annoys me when people say I sound just like Pete. That’s a shallow point of view from someone that generally doesn’t listen but chooses to comment. Pete and I may share similar or same vocal tones, that’s unavoidable being brothers but our musical styles are quite different. My fan base is growing and clearly people are realizing how different I am. I have my own unique style and sound which I’ve developed more and more over recent years, coming to a beautiful fruition on my recent work, “Looking Out Looking In.” Please visit my website for youtube links and see for yourself: www.simontownshend.com

KE: What can we look forward to seeing from you next?

ST: I have a new album in the can for the fall of 2013. I spent most of my downtime in 2012 writing inspirationally due to family problems and other real life drama that came my way. The album wrote itself and I went in the studio with drummer Mark Brzezicki, bassist Phil Spalding and my trustee second guitarist Tony Lowe to cut the tracks fairly quickly. It’s another special record that I’m sure people will love. What the hell, I do and that’s what counts. I’m loving the journey. I’m happy.

KE: Thanks for tasking the time to talk to us at BackstageAxxess. 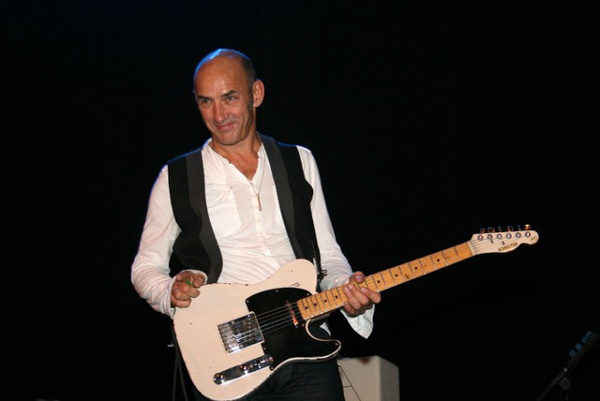