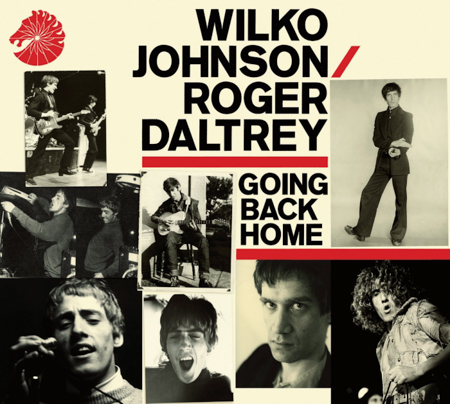 Occasionally an album magically appears on the horizon, and it turns out to be an artistic masterpiece. Such is the case with the Wilko Johnson and Roger Daltrey album, “Going Back Home.” It is a bittersweet collaboration, recorded while Johnson, the legendary guitarist of Dr. Feelgood fame, battles pancreatic cancer.

The story goes that Daltrey and Johnson happened to meet and strike up a friendship while seated next to each other at an awards ceremony in 2010. The pair had similar music interests and agreed to work together when time permitted.

“Going Back Home” was recorded in a week, back in November of 2013, right after Daltrey finished his touring obligations with The Who. The timing could not have been better for Daltrey, because his voice was in great form; strengthened from the months of touring.

The entire album, save the ballad “Turned 21,” is a raucous ride through Wilko’s material and a single Bob Dylan cover. The songs sound raw and deliciously sloppy without an ounce of slick production, electronic wizardry and should be certified 100% organic.

It’s hard to single out one track as a standout, a testament to the fact that Johnson and Daltrey hail from an era where an album was not just a few singles with some filler. Like every great album, it starts strong and hard with the title track, “Going Back Home” which features a healthy dose of Steve Watson’s harmonica and has Daltrey sounding like he has enough gravel in his throat to pave a parking lot.

Then there is “Keep on Loving You,” where Daltrey and Johnson are at the top of their game, Daltrey displaying silky smooth phrasing and Johnson just going to town on his guitar, and they do all that in under three minutes.

“Going Back Home” is an album for people that appreciate musical synergy. All too often, the combination of two great artists results in a bit of a letdown, but this was definitely not the case here, these are artists that were clearly at home together in the studio.