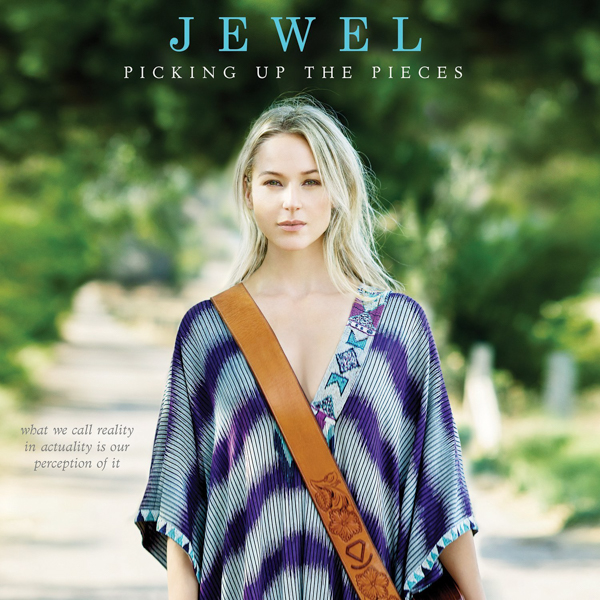 Jewel’s eighth studio release “Picking Up the Pieces” has been described by the singer-songwriter as the “bookend” to her magnum opus debut, “Pieces of You,” an album that celebrates its twentieth anniversary this year. Having a massive selling debut album can oftentimes be more of a millstone than a milestone. In Jewel’s case, she has managed to explore different styles in the studio while remaining true to her singer-songwriter persona in a live setting. To date, while the six studio follow-ups have not enjoyed the massive commercial success of her debut album, Jewel has garnered a dedicated following that appreciates the fact she is arguably one of the best lyricists of all time.

Lyrically, “Picking Up the Pieces” lives up to its predecessors, but where Jewel shines brightest on this release is with her vocal performance. From the opening lines of the first track “Love Used to Be,” Jewel’s voice is gut wrenching and emotive. There are plenty of highlights, “Family Tree” represents the 1995 version of Jewel we all fell in love with, but with added maturity. “His Pleasure Is My Pain” finds Jewel as the consummate storyteller, both as a lyricist and vocalist.

The album contains two duets, “It Doesn’t Hurt Right Now” with Rodney Crowell, and “My Father’s Daughter,” featuring Dolly Parton. Unlike so many duets, these numbers fall right into place with the whole album, adding continuity instead of feeling forced.