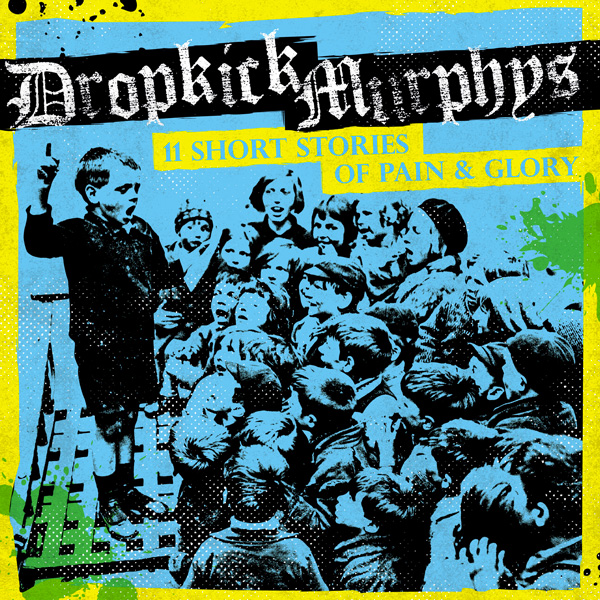 Boston Celt Rockers Dropkick Murphy’s once cited AC/DC as one of their major influences, which may explain why the band has stuck to a winning formula through their nine albums. At this stage of their career they have no shortage of songs and probably could make a living without recording another album. Thankfully they did not choose that path because “11 Short Stories of Pain &amp; Glory” is a brilliant album.

To date, no album has captured the true essence of a Dropkick Murphy’s show in the way “11 Short Stories” has. Top to bottom the songs are catchy while still not straying too far from everything that made people like Bruce Springsteen fall in love with them.

Speaking of Springsteen, the songs “Rebel with a Cause” and “Paying My Way” could easily have been recorded by Springsteen.

Overall the album is loaded with surprising elements, including tastes of rockabilly on the song “Kicked to the Curb,” a song that is simply a blast to listen to, and the peppy sixties styled “Until the Next Time” which should close out their shows forever!

As a longtime fan of the band this is my favorite Dropkick Murphy’s album since “The Warrior’s Code,” which was an album I never thought the band would ever be able to top. (I was sent a free digital copy to review and I loved it so much I bought a physical copy for my collection) It’s also the band’s most melodic, the vocal work is far and away the best in their recorded history. I highly recommend this album and hope they provide a huge dose of it in their live shows.