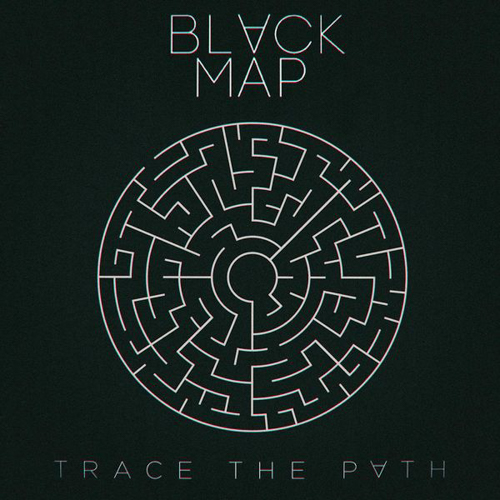 Bay Area rockers Black Map recently released a surprise EP “Trace The Path” as they were about to begin a tour with Pop Evil.  The trio originally formed as a result of their former bands going on hiatus, really made a mark on the rock world with their sophomore album, 2017’s “In Droves.”  The release spawned several hits including “Run Rabbit Run” and garnered them extensive radio airplay.  Heavy touring  followed  including slots at all the major rock festivals like Chicago Open Air and Louder Than Life.

The new EP contains four new songs that showcase what the band does best; big guitars, big drums, and a full, lush sound not often heard from a three piece band.  “Let Me Out” kicks things off in style.  It’s a hard rocking song with a great riff courtesy of Mark Engles on guitar  and a very catchy melody followed by the mid-tempo “Invisible Worlds” with smooth vocals from frontman and bassist Ben Flanagan.  “Zero Light” picks up the pace again with some rock solid drumming from Chris Robyn behind the kit.  The slower and ethereal “Why Burn” closes out the EP with a very Deftones like sound.

If Black Map hasn’t hit your radar yet, now is the time to check them out and “Trace The Path” is the perfect opportunity to do so.