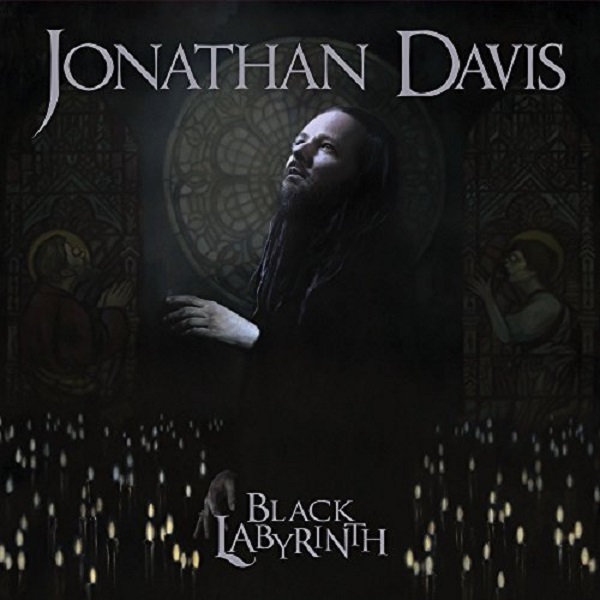 Jonathan Davis is best known as the frontman and lead vocalist for Korn, the biggest and most influential nu-metal band in the annals of rock. The talented singer, songwriter, composer, and multi-instrumentalist has very diverse musical interests and talents with his work being used in movies and video games and successful collaborations with artists as varied as Skrillex and Steve Aoki. Davis is about to open up a new chapter in his career with his debut solo album “Black Labyrinth,” a project that has been in the making since 2007 when he began compiling ideas for the record. Written and recorded while on the road, the new album was recorded mostly live with Jonathan personally contributing not only vocals but guitars, keyboards, and anything else he possibly could to the project.

“Black Labyrinth” is full of mesmerizing melodies and a plethora of emotional highs and lows. Jonathan’s trademark vocal style runs the gamut from calm and reassuring to tormented and agonizing offset by new and unusual percussion rhythms and unique instrumentation.   Several of the songs have a very Indian and Eastern Asian feel to them with the trance like feel of “Final Days” and the hypnotic pulsations of “Basic Needs.” From the building heaviness of “Happiness” to the changing tempos and intensity levels of “Walk On By,” Davis is a master of his craft. The first single “What It Is” was used in the movie “American Satan” and begins with a hauntingly beautiful piano before turning into an impassioned vocal plea and the funky cadence and distorted riffs of “What You Believe” are not to be missed.

With “Black Labyrinth,” Jonathan Davis steps outside the boundaries of nu-metal and in doing so shows off a uniqueness and passion for music that defies any genre.