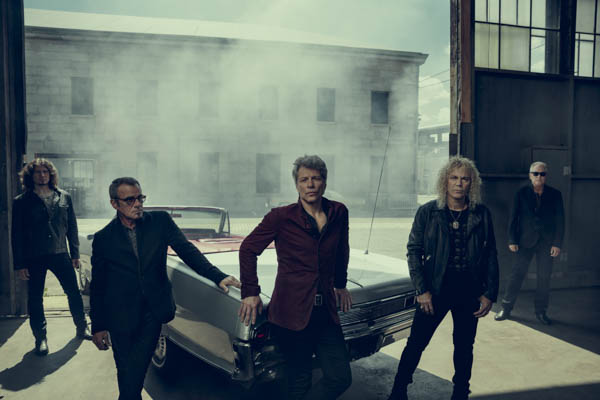 It was 1983 when a little rock band from New Jersey first started to make its way onto the national rock and roll scene.  It was the era of hair metal and MTV where the bands wore better makeup and had longer, bigger hair than the teenaged girls who adored them.  The band Bon Jovi had their first hit song “Runaway” and it was the beginning of what would turn into a long and illustrious career.  Just a few short years later in 1986, the band released a monster of an album, “Slippery When Wet,”  which became synonymous with music from the era.  Anyone who was a teen or young adult in the eighties knew the working class woes of “Tommy and Gina” from their iconic hit “Livin’ On A Prayer.”  Thirty plus years later, they have sold over 130 million albums, performed over 2,800 concerts worldwide, and have earned  huge industry accolades and awards including Grammy Awards and American Music Awards. Bon Jovi is about to open a new chapter in the band’s history with a brand new album due out this November, “This House Is Not For Sale,” an introspective record and the first without longtime guitarist Richie Sambora.  With a huge world tour planned for 2017, band members David Bryan and Tico Torres hosted a teleconference to provide all the details.  BackstageAxxess was able to participate in this unique event and get some solid answers straight from the band.

With the new record being the band’s first without Richie, the question on everyone’s mind was how did that affect the making of the album?  David responded by stating “It’s a different thing, but there’s new life, and I think when you have new people, you have new energy.  And, of coursed, the creative process, the way we’ve worked together, is working with each other in the room.  An the song dictates that.  And if everybody’s on the same page, it makes beautiful music.  You know, of course, we had some wonderful years with Richie, but if he wants to move on in his direction, it’s one of those things that you can’t avoid, and we carry on, because the premise of this record is, “This House Is Not For Sale” is the roots, and the fact that we’re still together and strong and love playing music together, if that answers your question.”   When asked if it was difficult to carry on without him after all these years, Tico responded “Just to add on, you know, the three-year period since the last record, I mean, the band itself also went through a lot of angst.  Richie’s a brother with us for many years – not something you brush off.  And, of course, time heals wounds, and music definitely heals everything.  So at the end of the day, it’s not like we’re brushing them off, but it’s just something you have to carry on in your life.”

David and Tico also talked about the overall theme of the album.  The whole idea of “This House Is Not For Sale” and what inspired it? According to David, the idea started with Jon and “he saw a piicture, which is the album cover…  and he looked and said, “This House Is Not For Sale.”  And it really represented integrity.  It represented, you know, there’s going to be – it’s not for sale.”  Following up on the whole idea of integrity, I asked what the challenges were over the years to maintain that level of integrity in a changing industry.  Tico mentioned that “a lot of it is sticking to your guns and not trying to be anything but honest, and still be current sound-wise. “

Telling us a little about what we can expect from the 2017 tour,  David gave us a little insight into the setlist, “We change our sets just about every night.  And we have a big roster to pick from, so depending on the shows, we get to play with them and bring them in and out, which also makes it fresh for us and great for the audiences.  You know, we try to do as long a show as possible to fit them all in.”  What about the possibility of an acoustic tour?  “I don’t think – you never know, but I think what we like to add to our shows that we’ve done in the past is to come out and do, like, an acoustic part of it, where we come in and sing a couple of songs and do it acoustically, ” explained David.

Being in the music business for so many years, the band members have garnered a wealth of knowledge and experience.   Do they still feel the pressure?  David doesn’t believe so. “I don’t think we feel pressure or any expectations.  I think what we do is, we don’t have to do it.  We want to do it.  And we enjoy to do it.  And we love to do it.  So I think for us, we’re just going to go out there and pour our hearts out, and that’s what we’ve always done.  So it’s not a matter of anything except we’ve been fortunate enough to get the opportunity that we can go and play, and do what we love and love what we do.”

So what advice would they give to their younger selves? David had this to say,” Keep attacking.  You know, keep forging forward.”  Tico took the chance to lighten things up and joked, “The advice is be the singer or play harmonica, you don’t have to carry the equipment.”  David jokingly  agreed, ” Oh, it’s true.  I’d be a harmonica player.  It’s lighter.”

With a great new album and massive tour on the way, it’s safe to say Bon Jovi will be around for quite some time.  Will it be another 30 years? I don’t know but we look forward to whatever their musical future holds. 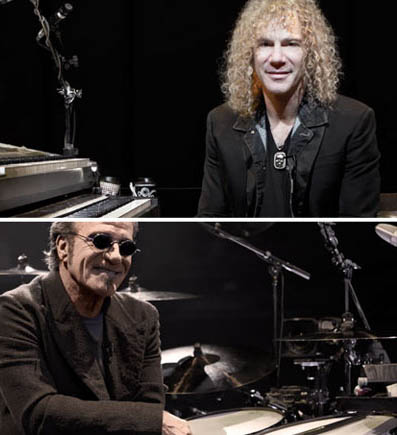 Band phtoto courtesy of Norma Jean Roy. We would like to thank Erik Stein of Solters PR for allowing BackstageAxxess in taking part of the press conference. For more information on Bon Jovi, please go to Bon Jovi. 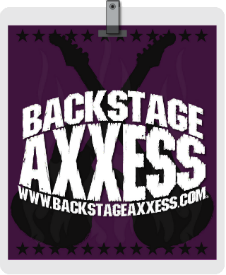