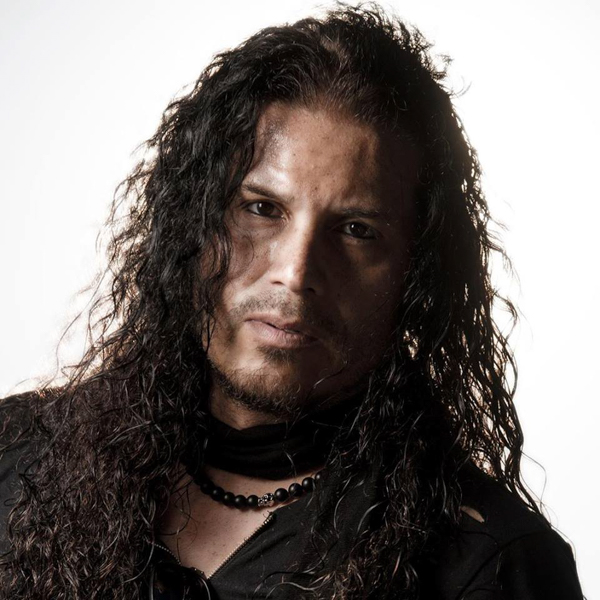 Fronting the luminary lineup is the palpable pipes of Jeff Scott Soto (JSS) whose chameleon like vocal prowess and resilience have lead him to an accomplished career spanning over thirty-five years. JSS ascended into the rock & roll ranks at sixteen years old as the vocalist for guitar shredder Yngwie Malmsteens Rising Force. JSS has  one of melodic rocks most unique resumes including being a veteran of the Trans-Siberian Orchestra (West Coast) for the past decade, fronting bands like Journey, Talisman, Soul Sirkus and W.E.T. and was the voice of the fictional band Steel Dragon from the movie Rock Star.

BackstageAxxess caught up with JSS a few days before Sons of Apollo began rehearsals for the upcoming tour.

Ross Cat: Hey Jeff great to speak with you. It’s been a while since we spoke. I think we first worked together at the Melodic Rock Fest in 2007 and subsequently Back II Back Entertainment brought the Voices of Classic Rock show to the Willow Creek Winery in 2011 with Orleans, Mark Farner of Grand Funk Railroad & the late great Jimi Jamison of Survivor. Your starting off 2018 like most years in your career since 1984 as one of the busiest voices in rock as you get set to embark on the first Sons of Apollo tour which rolls through Buffalo on Friday. Not to mention touring behind a number record on Billboards Heetseeker’s chart, which in this day & age is quite the feather in your cap.

JSS:  Thanks so much. It only took me almost Fifty-Three years to get there (laughs).  It’s funny I just had this conversation with my wife just after I turned 50. She watches me work so hard in this business starting new bands like SOTO and this great band Sons of Apollo and says do you really think at this stage you can take these bands to the next level?  I told her, “You know what? If not I’m going to die trying!” Just a few weeks back she reminded me of the conversation and she said I’m going to eat my words cause things are heating up and this band is kicking ass.

Ross Cat: Whether it was Malmsteen when you were just breaking into the business, the voice of Steel Dragon or the Neal Schon collaboration in SoulSirkus which lead to a stint with Journey you always seem to be the go to vocalist. Tell us how the Son of Apollo gig came about?

JSS:  I appreciate that, what else am I going to do at this stage of my life, I’ve been doing this since I was a teenager working with some the most talented people on the Planet.  I’m still hungry for it man, complacency just isn’t in my DNA in any facet of my life. No matter what it is I always strive to drive myself to the limit; it’s what fuels me. Sons of Apollo started out with an email from my buddy Mike Portnoy in 2016, wishing me a Happy Birthday. He said he was going to give me a call in a few days to tell me what my Birthday present was.  I was laughing to myself thinking its about time he bought me that Lamborghini he’s been promising (laughs). Mike did in fact follow up with a phone call asking if I’d accept an offer to be in a band called PSMS with Billy Sheehan & Derek Sherinan and if I was interested in doing vocals on their tracks.  Needless to say before he even finished the sentence I said yes! Singing with Portnoy & Sheehan is on every singers bucket list. I didn’t care if it was only one track I wanted to be in the studio with these guys. Once the songs started to take shape, it was decided the tracks needed a harder rock edge musically and lyrically which brought Bumblefoot into the fold. When I finished up the SOTO tour last March, I returned home and the these guys were churning song after song out and sending them over to me.  As I started listening to the tracks, I thought where the hell do I fit in this musical Beast? I felt a bit intimidated in the fact that each demo could have been released instrumentally.  There may have been a brief moment of doubt but once I sank my teeth into it the songs started to come together organically. With each idea that we traded back and forth I could sense we had come upon something special and I couldn’t be more proud of this beast.

Ross Cat: I covered your stint with Journey in previous interviews over the years but I’d be remiss if I didn’t bring up the recent conversation Eddie Trunk had with Neal Schon& Joe Elliott on the heels of rolling out their summer tour. What were you thoughts on Neal’s comments?

JSS:  Yeah, I started getting a bunch of messages. I had no idea that would have even been a topic of conversation when I saw this arena tour announced a while back. This was the first time I’ve heard Neal not be so reserved about my time in the band. Usually he’ll try to transition away and direct the questioning to the current state of Journey.  I found him to be very cordial and diplomatic when discussing me this time around but he clearly doesn’t recall the facts as we never made it into the studio.  The song I posted “Wings of Freedom” after the interview was sent over to me after the tour and I did the vocal tracks in my home studio.  When it came to me Jonathan Cain was singing the melodies, it was pretty much just straight ahead vocally and didn’t really have an emotional connect to the demo.  Knowing it was going to be a Journey song and that Steve Perry’s one of my biggest musical influences, I did my best to give it my best “Perry-ism” for lack of a better word. The reason I posted that demo was I just wanted to make sure that the facts were out there after my name came up on the Trunk show (Eddie is one of the best in our business and has a huge fanbase) and I felt I needed to fill in the pieces to the short story that my stint with Journey turned out to be.

Ross CAT:  How ironic that the Def Leppard/Journey 2006 tour which you helped salvage is going out again in 2018? You did get some much deserved love from both Schon & Joe Elliott of Def Leppard. Elliott voiced his concerns about that tour even happening when former Journey vocalist Steve Augeris voice blew out. Elliott explained; “At the time as an outsider looking in, Jeff Scott Soto did an unbelievable job as I was there to witness the very first sound check to decide if Journey could even do the dates.  Of course this could have gone off the rails.  I didn’t know Jeff at the time but he was basically auditioning in this massive open air stadium with unimaginable stakes.  As we watched from the side I thought my goodness he’s actually going to pull this off.

JSS:  Man I love Joe! We stayed friends after the tour I did with Journey.  I hadn’t talked to him in a while but I sent him an email and thanked him for the kind words on the Trunk show.  He wrote back saying “no problem brother. I was just telling the truth!”

Ross CAT: You’ve proven your vocal diversity over your storied career. Other then the killer new album tracks what other gems from this world class lineup might we be treated to on this tour?

JSS:  Well brother I’m going have to leave you hanging on that one. What I can tell you is it’s going to be a treat for fans of all the bands that Sons of Apollo have been affiliated with.  That being said, I’m sure once we open up the tour on the Cruise to the Edge, the You Tube leaks will have spoiled the element of surprise.  In spite of that, we’ve got a lot of cools things that will be part of the live show. Some to be expected and some not so much.

Ross CAT: You finished up 2017 on the Trans-Siberian Orchestra tour.  After nearly a decade fronting the West Coast tour tell us how difficult it was being the first after the tragic loss of founder Paul O’Neill & Bassist David Zablidowsky?

JSS: Yeah 2017 was a tough year when it comes to losing Friends and Idols in the business that includedPaul and David Z.  The TSO tours are an emotional undertaking as its a celebration of Family and Spirit. We really used the rehearsals to purge the sadness and the loss of our comrades so we could bring the joy of season to the people who enjoy these tours annually. David was as close to me as my own Brother whom I had also recently lost. It was the range of emotions that enabled me to focus and carry on musically last year. Of course without Paul’s presence at rehearsals and giving the thumbs up saying great job,  was a strange feeling for sure.  Every single musician that has ever toured with the TSO strived to make him proud and to make sure we crafted a show that sustained his vision.  What also helped tremendously is that Paul’s daughter took over and more then made her father proud despite the daunting task of trying to fill his shoes.

Ross CAT: Your almost an adopted brother of Buffalo, touring with Billy Sheehan with Sons of Apollo this year and you’ve also worked on several of your solo projects with another Buffalo native done good in Howie Simon. You most recently collaborated with Simon on your Retribution record this past November. Tell us how that partnership started?

JSS:  Yeah Howie’s everybody’s buddy (Laughs). We started working together several years ago. We hit it off immediately both being ball busters. Musically Howie is constantly writing and crafting. He found a groove to writing to my strengths as a vocalist and taking into consideration the lyrical and melodic content that I bring to our sessions. That is a rare collaborative connection which I value very much.

Ross CAT: Thanks for taking the time to talk to us at BackstageAxxess.

JSS: See you out on the road! 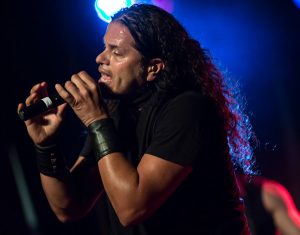 We would like to thank Amanda Cagan from ABC PR for setting up the interview with Jeff. To purchase tickets to the show at the Town Ballroom in Buffalo on February 16, 2018, click here: Tickets.  For More Information on Sons of Apollo, please go to: Sons of Apollo. If its Jeff Scott Soto info your after, then you want to go here: Jeff Scott Soto.